Total spending increased 60.8% to reach US$2.9 billion in Q3 2019. China now accounts for 10.4% of the worldwide total, up from just over 9% in Q1. This makes it the second largest market behind the US, and nearly three times the size of the next biggest countries.

China-based cloud service providers continued to dominate the domestic market, taking five of the top six positions. In dollar terms, market leader Alibaba Cloud achieved the biggest gain, with sales up US$472 million on Q3 2018. Overall, it grew 57.9% to US$1.3 billion and accounted for 45.0% market share.

Tencent Cloud and Baidu Cloud were the fastest growing of the top five cloud service providers, exceeding the market average. Tencent Cloud was up 91.6% on annual basis to account for 18.6%. Amazon Web Service (AWS) remained in third position with 8.6% market share, closely followed by Baidu Cloud, which grew 70.3%, and rounded off the top four with 8.2%.

“The demand for on-demand cloud infrastructure services in China continues to grow, as more private and public organizations embark on digital transformation projects and start building platforms and applications to develop new services,” said Wong Yih Khai, Senior Analyst at Canalys. “With this growing demand, cloud service providers are having to differentiate themselves in a highly competitive environment. One of the key emerging differentiators, especially among local cloud service providers, is the development of artificial intelligence (AI) capabilities, either as a service or embedded in their own offerings. AI for facial recognition is already widely used across the country in many smart city deployments and will be a key part of healthcare, retail, finance, transport and industry cloud solutions.”

Alibaba Cloud, Tencent Cloud and Baidu Cloud are all banking on their AI capabilities to maintain growth in the cloud infrastructure services market in China and increase their market share. Alibaba Cloud introduced its first AI processor designed to accelerate machine learning tasks, which is already being used internally to power certain features of its ecommerce platform.

Tencent Cloud has made a series of investments in startups around the world focused on AI development through its AI Accelerator initiative. Baidu Cloud is also investing in its AI business, including increasing its developer base to 1.5 million, which aims to drive more AI-based applications and workloads onto its platform. 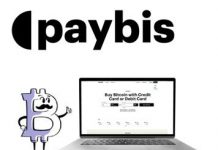