The Microsoft Digital Civility Index (DCI), a measure of the tone and tenor of online interactions as reported by consumers in 25 countries, stands at its lowest level since the survey began.

Findings are being released in conjunction with international Safer Internet Day.

Microsoft’s Digital Civility Index stands at 70%, the highest reading of perceived online incivility since the survey began in 2016, and the first time the DCI has reached the 70th percentile. Moreover, the equally troubling trends of emotional and psychological pain ­– and negative consequences that follow online-risk exposure – both also increased significantly.

Results are from “Civility, Safety and Interactions Online – 2019,” which gauged teens’ and adults’ perceptions about online life and their exposure to 21[1] online risks across four categories: reputational, behavioral, sexual and personal/intrusive. The index works like a golf score: The lower the index reading (on a scale from zero to 100), the lower respondents’ risk exposure and the higher the perceived level of online civility among people in that country.

Three countries were added to the 2019 study: Indonesia, the Netherlands and Poland. The Netherlands debuted at number two, registering a DCI of 56%, second only to the UK, which has held the number one spot for online civility in three of the last four years. Still, even the UK saw an increase in incivility to 52% from its most favorable DCI reading of 45% in 2016.

The other three countries rounding out the top five for online civility were Germany (58%), Malaysia (59%) and the U.S. (60%). Those with the lowest online civility readings were Colombia (80%), Peru (81%) and South Africa (83%) – all in the 80th percentile, and the first time any individual country has seen a reading at this level.

Physical appearance and politics are the primary drivers of online incivility, with 31% of all respondents pointing to both of these two topics as problematic. Sexual orientation was close behind at 30%, while religion and race came in at 26% and 25% respectively.

The two age groups cited different primary drivers, however, as did men and women. For teens and females, appearance (38%) was the most prominent response, with teenage girls (41%) and adult females (35%) citing it as a key driver. Among adults, politics (38%) was the most frequent determiner of online incivility, with 34% of adult males citing it as a key source. For both age groups, sexual orientation was the second most-selected response at 30%.

As for where, online, the most incivility takes place, it’s probably no surprise that both age groups cited social networks. Two-thirds (66%) said social media sites were the most prominent place for incivility, with media-sharing sites (24%), discussion forums (24%), anonymous social media (23%) and gaming sites (20%) further removed.

In addition, more so than in previous studies, respondents reported experiencing risks recently and more frequently. For instance, 40% said they’d been exposed to a risk in the last week or month prior to the study being fielded, and three-quarters (75%) experienced one of the 21 risks on two or more occasions.

In fact, 40% of all respondents said they’d experienced unwanted sexual attention, sexual solicitation and unwanted contact three or more times in their lifetime. (The study was conducted May 1-31, 2019.) 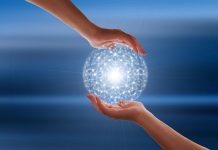 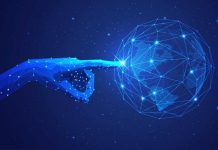