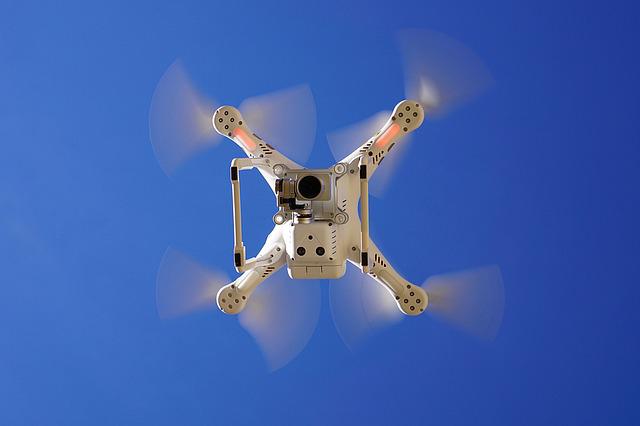 When a hiker goes missing or a large-scale natural disaster unfolds, it is often the remote pilots at the Department of the Interior (DOI) who respond. Increasingly, instead of traditional aircraft, remote pilots maneuver unmanned aviation systems (UAS), or drones, on these critical missions.

That is why Microsoft is proud to provide DOI’s Office of Aviation Services support through the Microsoft Power Platform in this important and rapidly growing sector.

The DOI’s history goes back as far as 1849. It is now the largest land steward in the US, responsible, among other things, for monitoring some 500 million acres for dangerous events including wildfires, earthquakes, floods, and volcanoes.

UAS has become a valuable extension of the use of traditional aircraft for monitoring and responding to these emergent events where every minute counts and safety is of the greatest importance. Most of the drones are quad- or hex-copters, small and agile, and can carry a variety of cameras and sensors including night-vision and thermal optics.

Along with avoiding the hazards of putting people in dangerous situations like wildfires, drones can create imagery that is much higher in resolution than data acquired by manned aircraft and can perform many tasks seven times faster and at one-tenth the cost of traditional methods.

Microsoft is contributing to the transformation of UAS fleet management processes by increasing the speed, accuracy, and scalability of data capture as the UAS or drone fleet continues to grow.

“Drones can go into conditions that are dangerous or even prohibitive to send manned aircraft, like smoke inversions,” explains Bradley Koeckeritz, Division Chief for Unmanned Aircraft Systems. “They allow us to conduct missions that otherwise wouldn’t be possible, like overnight search and rescues.” He recalls how a drone was able to aid in the rescue of a person trapped in a thick jungle near the Kilauea volcano eruption: “We had them flash their cell phone light, and the drone was able to locate them and lead them to safety.”

Microsoft’s cooperation is rolling out in four phases, or horizons. “Using PowerApps will completely change how we generate flight-use reports,” says Koeckeritz of the first horizon. “Forms pilots had to manually fill out before can now be auto-populated.” Early applications of Power BI and PowerApps are slashing the time and effort needed to stay on top of sets of data that are continually changing, like usage reports, pilot credentialing, and pilot flight histories. “Down the road, it will be about big data and moving into the cloud,” Koeckeritz says, explaining that the cloud offers processing power that individual workstations simply don’t have.

Ultimately, there is no one-size-fits-all solution, which is what makes these tools and their custom applications so important. Once various use-cases have been tested, best practices and lessons learned can be applied to other applications in other agencies in the later horizons of the project.

Meanwhile, UAS continues to explore the possibilities that increased capability gives them every day. “I want to make sure DOI operators have access to the tools they need,” Koeckeritz says. “If there’s a missing hiker out there, we don’t want our pilots thinking about the software – we just want to make sure they have access to a drone with a thermal camera so they can search for the missing individual.”