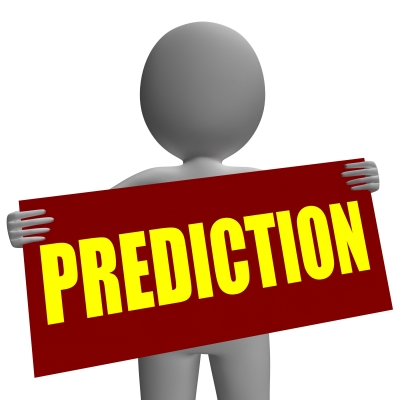 When it comes to trends and predictions for year 2017 – industry experts strongly feel that technological advancements in IoT, Cyber Security and Digital Transformation will contribute to the positive growth of the IT ecosystem.

According to Sajan Paul, Director of Systems Engineering & CTO at Juniper Networks in India and SAARC –

Businesses Will Look for Greater Value When It Comes to Network Virtualization.  With the success of early NFV deployments and the continuing challenges for operators to deliver even more services with flawless performance, end customers will require new levels of flexibility. As such, there will be a push towards bring your own license (BYOL) and pay as you go models tailored to supporting cloud-based infrastructures for different application needs.

The Internet of Things (IoT) is a unique domain that offers tremendous business opportunities for telecom players in the years to come. Studies show by 2020, over 25 billion connected devices will be live globally, with opportunities in abundance for data mining and data analytics. The total revenue generated from IoT industry would be USD 300 billion and India would have a share of 5-6% of the global IoT industry.

We see IoT getting early roll out in surveillance projects, vehicle tracking, connected cars, and home automation.  We see consumer domain having the maximum uptake. In fact, out of 6B+ devices, close to 4B is in the consumer domain and the rest in business solutions.

IoT Under Pressure. Today, IoT is letting us down, underperforming and under delivering. In fact, in some ways it’s making life more complex and less secure as it’s quickly becoming the gateway to cyber-attacks. Although consumer adoption of IoT is still in its early stages, there are very few turnkey orchestration tools to successfully manage IoT security.

For IoT to survive and live up to what it promises, it’s vital that technology companies master security and unlock the possibilities of integration. The real “winners” are going to be companies who can code their own solutions to ensure their products are secure.

We Will See an Increase in the Collaborative Security Industry.  The security industry is slowly working towards collaboration between adversaries, but at the end of the day, collaboration remains nascent. Beyond sharing basic data, we still lack the interoperability necessary to address the next generation of threats.

Automation Will Help Organizations Address the Shortage of Security Personnel. Often organizations invest heavily in effective security hardware and software, but lack the security specialists necessary to ensure their effectiveness. As an example, breaches like the ones that impacted Target and Home Depot were detected by their high-end security systems, but the security operations practitioners were too overwhelmed by the thousands of alerts they received per hour to see which ones posed the most imminent threat.

As automation becomes more integrated into security solutions, security personnel will receive fewer notifications with more relevance, relieving them of the manual task of hunting through a sea of alerts to find the truly malicious ones.

Cyber attackers Will Expand Their Horizons to Smaller Targets. While hackers have traditionally targeted enterprises with large amounts of data and deep pockets, we will start to see attackers focusing more on smaller businesses who are potentially easier targets. While these SMBs may not have as much for attackers to gain, they are viewed as softer, easier marks good for making quick money, which can be devastating and possibly bankrupting to small organizations. As large enterprises ramp up their security, expect to see SMBs more frequently targeted by hackers.

Given the exponential growth of the telecom space, connectivity spreading across the devices and Internet of Things (IoT) is likely to add more connected data sources and enterprises will have to take this increase of data traffic into consideration. Two objectives which would emerge & shape plans of 2017 Enterprises & in turn Telecom offerings in India are:

a.Optimizing cost performance on an exponential scale for infrastructure investments.

b.Building out an agile infrastructure, to solve the future aspirations of enterprises which might still be currently unknown.

Most industry experts believe that enterprise networks in the future will be a combination of SDN and traditional networks and that SDN can deliver benefits if implemented well with the right infrastructure.

With 2017 knocking on our doors, we have to tread our path very carefully, as we at eScan have every reason to believe that 2017 would present more challenges to IT Security than ever before.

Some of the key cyber threats, which would pose higher risk, are discussed below;

In 2016, as predicted eScan has seen the rise of Ransomware attacks which grew by more than 300% within a year costing billions. Many organizations / individuals have fallen prey to this infamous piece of malware and many of the victims have been forced to pay to get their valuable data back.

Security Vendors have started collaborating with each other and the Enforcement agencies in tackling this menace by providing multitude of free decryption tools to various variants of Ransomware. There have been concrete efforts which resulted not just in the take-down the ransomware networks but also led to arrests of the authors/creators of Ransomware. With this collaboration in place, we expect 2017 to be the year of “War Against Ransomware” which is looming large.

Until recently, very few variants of Ransomware used exploit-kits to propagate, however in the later half of 2017, we predict an upward trend in the usage of Exploit-Kits being used to deliver not just the Ransomware, but info-stealers too and this will be according to eScan Research team goig to be the top most cyber threat for 2017.

In September 2016, Mirai Botnet exploited IOT devices, like Network Cameras, DVRs and few other IOT devices, to initiate a historically massive DDOS attack. IoT is growing rapidly than anticipated and also is now ready to be part of the connected world. However, what we observed is the IoT developers did not take into consideration the cyber threat possibilities while creating it, thus making a huge potential bot network, which could cause unimaginable damages in terms shutting down large scale public infrastructure.

IoT devices would be one of the targeted group of devices by hackers to exploit the vulnerabilities for both individual as well as enterprise levels.  We predict a rise in attacks to Linux based systems, or firmware. In 2017, we can expect a major overhaul of our understanding of IOT devices and moreover, we should expect IOT vendors and Organizations to take note of the potential cyber threats by IOT devices. We should consider IOT devices a huge security risk for 2017.

Banking has been a fertile ground for cyber attackers due to immediate financial gains it could provide. Online banking users have been always targeted by Skimmers, Phishing, Ransomware and Info-stealing Trojans, Apart from some were victimized by Telephone Scams International Missed Call Scams, while others were conned into divulging their card details and getting their entire savings wiped out.

Internet Penetration in India is at a dismal 34% which has grown from 15% in 2013 and presently India ranks 127 in the comparative list of internet user countries. We believe that it will be a herculean task, to make 75% of Indians have easy access to Internet.

However the recent demonetization has also opened up new gates for cyber criminals in terms of mobile and unified payment options. This would be a great avenue for cyber criminals to exploit the unaware / uneducated mass of victims from this technology transition.  Due to the sudden move of switching over to digital payments platforms, more than 85% of users are left wondering how to safely use this new payment option. Already in 2016 there have been sporadic incidents of digital wallets frauds.

This is one of the new emerging areas of concern, as the patterns are less known, but could be a high potential threat due to the financial gains it could provide to the cyber criminals.

The security vendors are getting ready and using latest AI technologies to predict and protect before the attacks happens. However, a lot could evolve with the rampant adoption of technology by unaware users of technology and lack of legal frame work across borders, or the speed of investigation.

eScan predicts that various nodal agencies and government to come together in 2017 to form a worldwide council to create an equal platform for online users across the globe.

Specifically for the emerging countries like India and the governments vision of making Digital India, it would be imperative that the government bodies take IT security as one of the most urgent and immediate concerns to be addressed by setting up easy to understand legal framework for users and robust security practices to be followed by organizations facilitating IT services from payment gateways to telecom bodies.

Kenny Ye, GM-Global Markets, Alibaba Mobile Business Group opines that there will be huge growth in the importance of content.

–          Content will be the king of 2017 – With the explosive growth in mobile internet, the preference will be for trending, relevant, portable, even ‘disappearing’ content available right at the fingertips. The one- size-fits-all approach no long works with more and more users seeking content that is unique, authentic and speaks to them directly. Brands will experiment with ways to maximize sharing and increase the reach of their content.

–          Big Data will Drive Personalized, Rich and Immersive Content – The future belongs to engaging content that lasts – from text, video, imagery to infographic and GIFs and much more. While people have long been used to searching and finding information they want, 2017 will be the year when the right content will find the right person as businesses harness data insights.

–          More Apps will integrate AI, IoT – While change has been a constant in the app market, those who have evolved with the new market dynamics, continue to do well. Apps have moved beyond the smartphone and are now essential for every smart product that you use – your smartwatch, smart car, tech-enabled homes and more. Needless to say, more and more apps will emerge with integrated AI (Artificial Intelligence) and AR (Augmented Reality).

–          Online marketplace is the place to be– Indian government’s latest move of demonetization has given an added fillip to everyone present in the online marketplace. India will soon go the China way with digital wallets and cash-less transactions becoming ubiquitous.

–          Taking on the Cyber Devil – 2016 has all been about threats to the digital world. From fake news dominating latest US elections, to hacked data wrecking the Clinton campaign. Not to forget the debate over untraceable, encrypted messages that increase threat to global security. Technology majors will have to fight hard to keep the cyberspace authentic and free.

Demonetization being the defining move of 2016 for India -Its ­impact will be felt across business and service verticals. Following key trends are likely to emerge in 2017 in the tech distribution space:

–          More Efficient Distribution  – This will be a surge in D2R business in India where manufacturers will directly bill to the retailers as per their need,  making the supply chain more efficient and at far lesser cost

–          Grey Market will Crash – Demonetization will lead to increase in cash-less transactions and hit the grey market massively (which, in case of accessories, can be as high as 70%)

–          Accessories under GST Net – GST implementation will lead to further adherence of taxation, leading to growth in tax-paid accessories

–          High-end Accessories market will boom – Increase in Smartphone penetration will lead to a major boom for high-end mobile accessories. We might be at tipping point in 2017 with multiple international brands making a beeline for India.