Sayari, a commercial risk intelligence company, has recently been selected by the United Kingdom Crown Commercial Service (CCS) as a supplier for the G-Cloud 13 Framework, an agreement between the government and suppliers who provide cloud-based services. 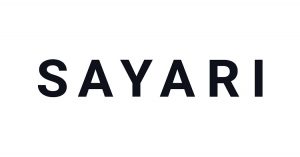 “Ensuring that law enforcement, regulators and regulated industry are able to effectively collaborate is our goal at Sayari. This recognition from CCS lays the groundwork for scaled adoption and mission impact,” said Farley Mesko, Sayari co-founder and CEO. “We are proud of the relationships we’ve built with UK government agencies and enterprise companies over the past seven years, and we’re committed to building out our local presence to drive the best outcomes for our partners.”

In May, the company formally launched its European operations, based in London. Sayari’s partnership with the UK government is an important component in supporting the increasingly complex economic crime, trade compliance and third-party risk landscape emerging in the UK and European Union.

Since its founding in 2015, Sayari has earned the trust of top financial institutions, Fortune 100 corporations and government agencies, securing a $40M Series C in 2021. Sayari is headquartered in Washington, D.C., and its solutions are used by more than 3,000 frontline analysts in 35 countries.

The latest Canalys data shows that worldwide PC (including tablet) shipments fell 21% year on year in Q4 2022, to 105.6 million units. This...
Read more

Cognizant has extended its relationship with Orica, a manufacturer of commercial explosives and innovative blasting systems, to deliver an ESG data strategy and a...
Read more

Fujitsu has launched its "Fujitsu Web3 Acceleration Platform," offering a developmental environment as well as various service APIs based on blockchain and high-performance computing...
Read more

Cognizant has extended its relationship with Orica, a manufacturer of commercial explosives and innovative blasting systems, to deliver an ESG data strategy and a...
Read more
Software Solutions

ChannelDrive.in is an effort to bring together a unique platform bridging the ICT vendor community and Solution Providers, Value Added Resellers, System Integrators, and Value Added Distributor community from India and create a knowledge based platform for the vendor community to reach out to these stakeholders.
Contact us: editor@channeldrive.in
© 2023 CHANNEL DRIVE | Maintained by BIZ2ROCK on DoUpLinux (D.U.L)
Page processed with177 queries in 1.151 seconds.