Demonetization to Propel Mobility, App Security and boost IT spend in India

Galaxy Office Automation, an IT Solutions provider, has revealed industry trends, analysis and predictions for the year 2017.

The top five technology trends to gain traction in 2017 will be Mobility, App security, Analytics, Automation & Enterprise security. Galaxy also lays stress on the Indian Government’s demonetization drive and its impact on the digital ecosystem in 2017.

The GST (Goods & Service Tax) Bill, to be rolled out sometime during 2017, will also drive significant IT spend in both private and public sectors. Based on the feedback from its long clientele and qualitative inputs from the IT leaders and peers, Galaxy foresees the following trends to dominate the IT industry in 2017.

Mobility – The demonetization and ‘go cashless’ initiatives announced by the Central government will eventually boost the country’s digital payment ecosystem, with mobile being the most-preferred medium for everyday transactions. 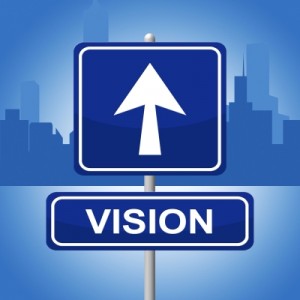 The mobile app space, specifically, will benefit from this move as consumers will start transitioning to an app-based economy in the coming year. 2017 will see the increase in development of mobile apps by virtually every business that wants to remain competitive.

App-security – Mobile app security space, which has long been ignored, will be in the limelight in 2017. With the increased popularity of e-payments and mobile wallets, consumers will start looking for security as the most important feature in their mobile apps. Technology providers and app developers will focus on safe mobile app development platforms that can ensure more security to critical information.

Enterprise Security – Organization will increase their spending towards security. With the advent of IoT, organizations will become borderless and information will no longer reside within the enterprise network. Data safety and confidentiality will be a primary concern for any organization or business. In 2017, a great challenge will be to come up with a counter-intuitive approach to tackle potential vulnerabilities and various other cyber threats.

Automation – The next year is expected to be transformative for IT automation. The ongoing political and economic upheavals across the world will put pressure on companies to look for sophisticated software and robotics to help them work smarter, grow faster and reduce the dependence on manual tasks. The use of automation will not only restrict labour costs, but will also increase their overall business efficiency.

Analytics – Another major market which will emerge as a clear winner in 2017 will be analytics. With a large amount of data being split up by devices including computers and smartphones, data analytics will be the key sector to watch for. In 2017, high-level intelligence to analyze the collected data and innovations in data mining will be crucial to the growth of analytics.

“We are looking forward to seeing a massive growth in the mobility market in India in 2017. The government’s push for cashless payment will create lots of new opportunities in this sector and will further boost the mobile technologies.According to a research study by Nasscom, the global enterprise mobility market is expected to bring in $140 billion annually by 2020,” said Anoop Pai Dhungat, CMD of Galaxy Office Automation.

Tech Mahindra, a provider of digital transformation, consulting, and business re-engineering services and solutions, has signed a Memorandum of Understanding (MoU) with the Information...
Read more

At AWS re:Invent, Amazon Web Services, Inc. (AWS), has announced five new capabilities across its database and analytics portfolios that make it faster and...
Read more

At AWS re:Invent, Amazon Web Services, Inc. (AWS), has announced that Brookfield Asset Management, one of the world's leading investors in renewable power, has...
Read more

Tech Mahindra, a provider of digital transformation, consulting, and business re-engineering services and solutions, has signed a Memorandum of Understanding (MoU) with the Information...
Read more
Channel Trends

Infosys, a global enabler in next-generation digital services and consulting, has announced its collaboration with UNLEASH, a non-profit organization with a mission to get...
Read more

ChannelDrive.in is an effort to bring together a unique platform bridging the ICT vendor community and Solution Providers, Value Added Resellers, System Integrators, and Value Added Distributor community from India and create a knowledge based platform for the vendor community to reach out to these stakeholders.
Contact us: editor@channeldrive.in
© 2021 CHANNEL DRIVE | Maintained by BIZ2ROCK on DoUpLinux (D.U.L)
Page processed with175 queries in 1.793 seconds.