FluentStream, a unified communications-as-a-service (UCaaS) provider for small and medium-sized organizations, has experienced 200% year-over-year growth in its number of partners in the last year and is on track to achieve another milestone year in 2022, fueled by its strategic partnerships.

As the company enters its next phase of growth, FluentStream has unveiled its enhanced Partner Program, including an industry-first commission Buyout Incentive. The company also announced that Kenneth Adams has joined the company as Head of Channel and Strategic Partnerships. 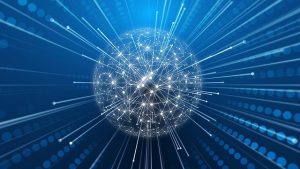 An industry-first, FluentStream introduced its Buyout Incentive that gives partners the opportunity for a one-time commission buyout. In consideration of today’s economic landscape, FluentStream designed this program to fill unmet needs of its current and prospective partners.

“Historically telecom sales agents have lacked reward opportunities for the commission streams they built,” said Cass Gilmore, CEO, FluentStream. “We have enhanced our Partner Program and created the Buyout Incentive to offer our partners greater acknowledgment for their hard work and dedication to FluentStream and our growing customer base.”

In addition to the Buyout Incentive, the company now offers multiple ways for managed service providers (MSPs), value-added resellers (VARs) and IT service providers (ITSPs) to gain a competitive edge by adding FluentStream’s reliable, cloud-based unified communications services to their product portfolio. Partners can choose from Referral, Affiliate, Channel or Strategic levels based on what structure best aligns with their organization.

“Partners choose FluentStream for its specialized focus on small and medium-sized organizations, award-winning customer service and trusted reputation,” said Adams. “Our partners know that FluentStream operates with transparency and integrity. In fact, FluentStream’s commitment to its partners is a big reason why I joined the company.”

Previously, Adams was the Director of Channel Sales for Brightlink, a telecommunications service provider. Before that, he was Vice President of Market Development for the Americas, the United Kingdom and Asia Pacific region at Netsapiens, a communications software company. In this role, Adams led product, customer and partner strategic initiatives. Prior to this, he was Vice President of Channel and Network Operations for Ironton Global, COO of Vintalk and CTO of Enhanced IP Solutions, Inc. Earlier in his career, he served in sales engineering roles.

Adams began his career as an Airman for the U.S. Navy. He earned an associate degree in computer science from Harper College and completed Cisco Certified Internetwork Expert (CCIE) training at Aquarius Institute of Computer Science. He is based in Clearwater, Florida.

“FluentStream is growing quickly, and I am excited to be part of the team that will help take the company to the next level,” Adams added.

Xceedance, a global provider of strategic operations support, technology, and data services to the insurance industry, has announced the opening of a new office...
Read more

Arrcus, the hyperscale networking software company and a leader in cloud-to-edge network infrastructure, has announced the next evolution in their partnership with VMware, focused...
Read more

Dell Technologies has launched the new XPS 13 2-in-1 in India. Powered by 12th Gen Intel® Core™ Processors, the device comes with a 13-inch...
Read more

Xceedance, a global provider of strategic operations support, technology, and data services to the insurance industry, has announced the opening of a new office...
Read more
Channel Trends

Arrcus, the hyperscale networking software company and a leader in cloud-to-edge network infrastructure, has announced the next evolution in their partnership with VMware, focused...
Read more
Distribution

On Day 2 of Intel Innovation, Intel illustrated how its efforts and investments to foster an open ecosystem catalyze community innovation, from silicon to...
Read more

ChannelDrive.in is an effort to bring together a unique platform bridging the ICT vendor community and Solution Providers, Value Added Resellers, System Integrators, and Value Added Distributor community from India and create a knowledge based platform for the vendor community to reach out to these stakeholders.
Contact us: editor@channeldrive.in
© 2021 CHANNEL DRIVE | Maintained by BIZ2ROCK on DoUpLinux (D.U.L)
Page processed with177 queries in 2.027 seconds.