The partnership, which expands heterogenous computing options for supercomputing and leverages European architectures, will support and accelerate adoption of exascale systems in Europe. 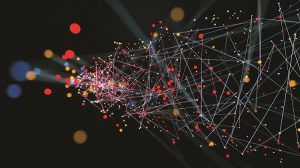 The collaboration supports a larger effort and strategy set by the EuroHPC, an initiative that began in late 2018 between the EU, European countries and industry technology partners to coordinate and combine resources to develop pre-exascale and exascale supercomputers in Europe, and position the continent as a leader in supercomputing. Additionally, by adopting state-of-the-art supercomputing solutions, European organizations can fuel national open science efforts that will have a broader impact on humankind across areas such as drug discovery, climate modeling and sustainability.

“The exascale era will enable us to achieve new breakthroughs in science and engineering by taking advantage of performance and the integration of new processors. SiPearl’s technology represents a leap forward in compute performance, while increasing power efficiency, which is critical for many of our customers,” said Justin Hotard, executive vice president and general manager, HPC & AI, HPE. “In addition to our recent investments in a new HPC factory in Czech Republic and an AI cluster, dedicated to research, in Grenoble, France, our partnership with SiPearl is another demonstration of HPE’s ongoing commitment to support Europe’s mission to deliver world-class supercomputing that extends its sovereignty and competitiveness on the global stage.”

The collaboration also demonstrates the increased value of developing heterogenous computing solutions, which includes a growing ecosystem of Arm-based processors, such as SiPearl’s Rhea, to provide supercomputing options that deliver improved cost and power consumption.

“We are excited about this business and technology partnership with the HPC industry leader, HPE, which has just announced plans to build its first HPC factory in Europe,” said Philippe Notton, CEO and founder, SiPearl. “With the integration of our Rhea HPC microprocessor into the HPE portfolio and the creation of a joint center of excellence in Europe to enable the adoption of our combined solution by supercomputer end-users, we will drive innovation in the exascale era.”

Additionally, the partnership will deliver joint HPE and SiPearl solutions to HPE’s Center of Excellence (CoE) in Grenoble, France, which is home to France’s semiconductor research, to enable local access to users to test and optimize their products for market. The CoE staffs more than 300 engineers, and has a lab presence with specialists in areas such as energy, medicine, biotechnology, semiconductor, micro and nanotechnology, and nanoscience.

Summer is here, bringing the promise of more-extreme weather events and strain on the energy grid. However, record results from Oracle Utilities Opower Peak...
Read more

The annual embedded sector’s grand gathering: embedded world 2022 had been carried out from June 21 to 23 2022. Thundercomm, the world-leading IoT product...
Read more

Zscaler, Inc., the enabler in cloud security, has announced newly advanced AI/ML innovations powered by the largest security cloud in the world for unparalleled...
Read more

ChannelDrive.in is an effort to bring together a unique platform bridging the ICT vendor community and Solution Providers, Value Added Resellers, System Integrators, and Value Added Distributor community from India and create a knowledge based platform for the vendor community to reach out to these stakeholders.
Contact us: editor@channeldrive.in
© 2021 CHANNEL DRIVE | Maintained by BIZ2ROCK on DoUpLinux (D.U.L)
Page processed with174 queries in 1.189 seconds.