Dell Technologies has announced a new deep learning technology model, launched in partnership with Australia-based conservation organisation Citizens of The Great Barrier Reef, which will allow global citizen scientists to more quickly and accurately analyse reconnaissance images collected from the Great Barrier Reef during the next phase of the Great Reef Census (GRC). 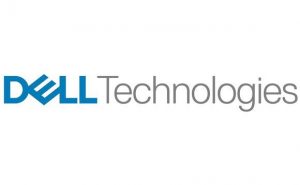 This will enhance the capabilities of the GRC by speeding image analysis that previously solely relied on human volunteers – allowing citizen scientists to support prompt recovery efforts in areas that need it the most and during critical times of the year, such as the annual spawning season.

The deep learning analysis now takes less than one minute per photo, compared to seven or eight minutes in previous census phases. While it took 1,516 hours to review 13,000 images in the first GRC, the new model can analyse the same data set in less than 200 hours.

The initiative aligns to Dell Technologies’ environmental, social and governance (ESG) ambitions to advance sustainability, by creating technology that drives progress and working with customers, partners, suppliers and communities to enable climate action. The GRC is a true partnership across Asia Pacific and Japan (APJ) combining the expertise of the Citizens of the Great Barrier Reef team, Dell, researchers from University of Queensland (UQ) and James Cook University (JCU), Sahaj Software Solutions and citizen scientists. Dell also worked with its data science team in Singapore to continually refine and carry out extensive community testing of the selected deep learning model to ensure that benchmarking standards were met.

Looking ahead, Citizens of the Great Barrier Reef founder Andy Ridley hopes to expand the GRC, powered by the Dell’s repeatable and scalable edge solution and deep learning model, to other reef sites globally – with the first trial sites outside Australia to begin in Indonesia.

Amit Midha, President, APJ and Global Digital Cities, Dell Technologies, said, “Dell Technologies collaborates with like-minded organisations on ground to enable climate-positive societal impact. With the Citizens of the Great Barrier Reef, our support for research using technology has come a long way since the first Great Reef Census to today, where the power of deep learning will scale the team’s conservation efforts to quick access of quality data and drive a successful collaboration between all involved. We believe such innovations can help our partners make progress on their sustainability ambitions and conservation efforts like these can be replicated both in APJ and globally.”

ChannelDrive.in is an effort to bring together a unique platform bridging the ICT vendor community and Solution Providers, Value Added Resellers, System Integrators, and Value Added Distributor community from India and create a knowledge based platform for the vendor community to reach out to these stakeholders.
Contact us: editor@channeldrive.in
© 2021 CHANNEL DRIVE | Maintained by BIZ2ROCK on DoUpLinux (D.U.L)
Page processed with178 queries in 1.265 seconds.