Merchant commerce omnichannel platform, Pine Labs has announced the hiring of six former Indian athletes under its ‘Second Innings’ program, an initiative to reskill and employ retired sportspeople in India.

The company has partnered with Natekar Sports & Fitness (NSF) which is led by its founder Gaurav Natekar who is a former India number 1 tennis player, Arjuna Awardee, double Asian Games gold medalist, and son of the legendary Indian badminton star Late Nandu Natekar. 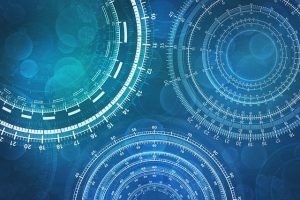 Pine Labs and NSF will be mapping each of these hired athletes to the right job within the Pine Labs organisation and provide the necessary skill development training as well. These new hires will be entitled to the same perks as existing employees, and they will also be a part of the Pine Labs Annual Review process.

Commenting on the initiative, B Amrish Rau, CEO, Pine Labs, said, “This could not have come at a better time. In the month when India celebrates 75 years of Independence, and the country’s sporting heroes vie for the top honors at the Commonwealth Games in Birmingham, I am delighted to announce the launch of the ‘Pine Labs Second Innings’ program. It is our initiative in partnership with Natekar Sports & Fitness to empower retired Indian sporting heroes who have given their all in the service of their state/country. We strongly believe this needs to be the start of a bigger movement and should not just stop at Pine Labs. Happy to have some real Champions join us this month.”

“The Indian sporting ecosystem has seen tremendous strides in the past few years. However, one area that has concerned me tremendously is the lack of job opportunities in the private sector for the thousands of Indian sportspersons and athletes who give their heart and soul to play for India but are unable to make the grade for various reasons and are then left stranded once they retire from active sport. I am delighted that ‘Second Innings’ an initiative by Pine Labs in partnership with Natekar Sports & Fitness will be aiming to address this huge issue. I strongly believe this initiative has the potential to be a path breaking program which will not only create more jobs for our sportspersons but will also inspire more youngsters to take up sport. We are confident that all the stakeholders in the Indian sports ecosystem including the ministry, federations, NGOs and sports organizations will support the program to ensure its success.” said Gaurav Natekar, Founder, Natekar Sports & Fitness (NSF).

The ‘Second Innings’ initiative by Pine Labs has the potential to transform into a big movement, driven by the startup community and one that aids government efforts in strengthening the aspirations of the sporting talent in the country once they are past their prime in sports.

T-Hub, which leads India’s pioneering innovation ecosystem, has launched the semiconductor cohort of the AIC T-Hub Foundation program to foster innovation and entrepreneurship across...
Read more

International medical imaging IT and cybersecurity company Sectra has launched a new generation of its cloud-based teaching platform Sectra Education Portal. It will greatly...
Read more

ChannelDrive.in is an effort to bring together a unique platform bridging the ICT vendor community and Solution Providers, Value Added Resellers, System Integrators, and Value Added Distributor community from India and create a knowledge based platform for the vendor community to reach out to these stakeholders.
Contact us: editor@channeldrive.in
© 2021 CHANNEL DRIVE | Maintained by BIZ2ROCK on DoUpLinux (D.U.L)
Page processed with176 queries in 1.087 seconds.